The beginning of this year saw the culmination of a dream by the Catholic Education of Rockhampton.  111 Year 7 students began their secondary education at Catherine McAuley College.  This was more than the opening of a new school complex.  It was the repurposing the Sugar Research Institute which has an entry of significance on the Queensland Heritage Register.  Catholic Education commissioned a Conservation Management Plan and then collaborated with Heritage Queensland to develop a new college.  The transformation has been judged an outstanding repurposing that respects the original intent of the buildings.  The past has been honoured and respected while the educational facility has been given a distinct Catholic ethos.

Sugar has a significant place in Queensland’s agriculture, especially in the Mackay Region.  The Sugar Research Institute was founded in 1948, and in 1949 a director was appointed and plans were drawn up for a purpose-built facility.  It was officially opened on 22 August 1953 by the Federal Treasurer, Sir Arthur Fadden. In the mid 1960’s, the building was extended, by duplicating the east wing and later a conference hall was added.  By the 1970’s, the Institute was regarded as the leading research force in the sugar cane world and further extensions were needed.  In the early 2000’s SRI became affiliated with the Queensland Institute of Technology and relocated to Brisbane.

When it was constructed the SRI was regarded as the most modern building in Mackay and opened a new era in tropical architecture in Northern Queensland.  Combining both utility and beauty, it was stylishly constructed of brick and concrete.  Fittings and decorations utilised materials from across Queensland.   The marble lined entrance had stone sourced from Bajool, near Rockhampton.  The window fittings throughout were made of wood sourced from Cairns.

In 2015, the Catholic Diocese of Rockhampton acquired the site and with significant support from both the Federal and State Governments have transformed this iconic site into a beautiful and outstanding secondary College.

The original architect of the SRI was Karl Langer. The architects for the present project were from the Mackay based team from BOLD Architecture with Stewart Bagley as principal architect. Woollam Constructions were the builders.

The existing Heritage buildings were repurposed to become General Learning Areas – Classrooms, a Science learning precinct, administration and staff and Student Services facilities.  New Buildings include more classrooms, canteen and covered sports court as well as carparking.  Stage 2 is planned with the hope of building commencing next year.  The plan is for Catherine McAuley College to eventually be a 6 stream school.

Catholic identity elements were incorporated into the building. 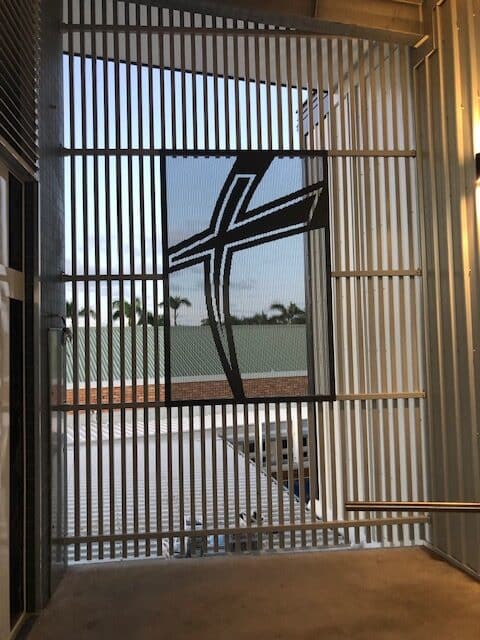 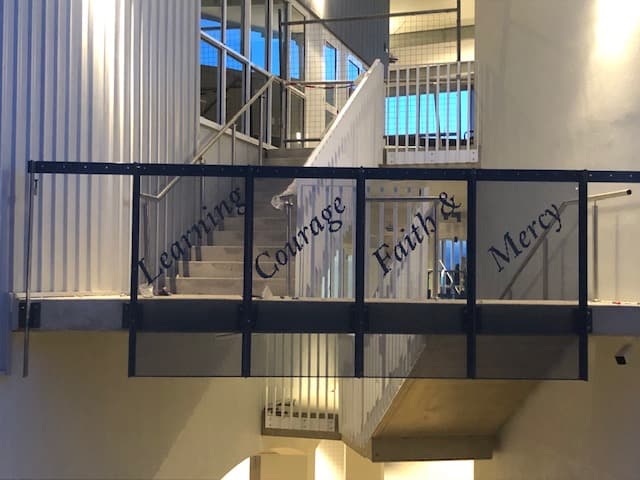 On the 14th December last year, the past employees of SRI were invited to tour the building and were given a Powerpoint presentation of the stages in the construction of the College.  During the evening, Bishop Michael gave the following address:

I have visited Mackay many times during my time as Bishop and have passed by this area. Every time, my eye has been drawn to the beauty of these buildings. As I was introduced to the people of Mackay, I realised how many were linked in some way to this building. For our farmers, who coaxed the plants from the rich soils of these lands, this was a building at the heart of their industry, a place of research, a place of testing and a place that supported the cane industry. The building grew out of the need at the local level for a scientific resource and completed the work of the human hands of the farmer in getting the best result so at crushing time, the sparkling sucrose juices would became sugar.

This was more than a building, it was a gathering of scientists, technicians, technologist, engineers, report writers, field officers, researchers and staff.  Some of you are here tonight: the people that were the Sugar Research Institute.  You must have wondered when the building closed what was going to happen to this iconic structure, that was at the heart of the Mackay district, as I had when I passed by.

When Leesa Jeffcoat, the Director of Catholic Education, casually mentioned to me that Catholic Education had discerned the need for another college in the Mackay area, and that one of the sites considered was here, at the City Gates, I immediately and spontaneously said, buy.

History records the site was sold to the Diocese of Rockhampton, and plans were drawn up and, with great assistance from the Heritage people, like the cane that has erupted from the soil, new buildings of beauty were constructed that complemented the SRI buildings.

When I first visited the site 2 August 2019, I was shown the research laboratories and I could not help making the comparison with the laboratories that I trained in the late 60’s at Queensland Institute of Technology, in Toowoomba.

My dream, as Bishop, for this establishment is that it continues to be a centre of science where our young are given a love for science and technology. This complements the dream of those who had worked here and had served the sugar industry.

In 2022, Mr Jim Ford and his staff will welcome our first students to this site encompassing all aspects of secondary education and as this facility has now grown to invite young enquiring minds to embrace knowledge.

We call these buildings Catherine McAuley College, Mackay as a reminder to us that all knowledge comes from God and is to serve the human race to make this a better world and ensure that we care for this earth.  As the scientists who for many years put that at their forefront, we ask God now to bless our work.  We join with Catherine McAuley, an educator and a religious person who inspired thousands of people, and ask her to support our God given mission of forming our young people.

May Catherine McAuley watch over the work of our people. 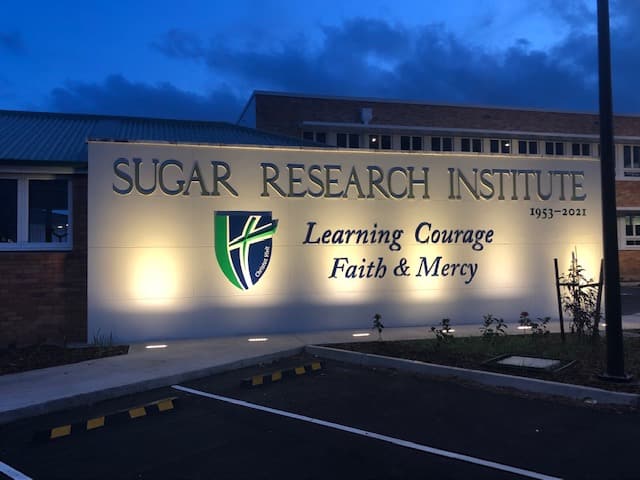