Robin Michael McCosker, who lived his entire life in Emerald, Central Queensland, was born in the Emerald Hospital on the 28th of May 1935 and was born to eternal life at his home ‘Codenwarra’ on the 27th of May 2021.  Robin’s Requiem Mass was held at St Patrick’s Church, Emerald, on the 5th of June 2021 when family and friends gathered to celebrate Robin’s life.  Robin’s elder brother Neil McCosker gave the family’s Eulogy and Terry Ray, a long-time friend and agent, gave the Eulogy on behalf of the community.  Robin was laid to rest in the Emerald Cemetery.

Robin was the fourth child of nine for Leslie James Owen and Lillian Marie McCosker.  His childhood was spent at Codenwarra and later in Emerald.  His early education was with the help of his mother and a governess who did her best to teach the young McCoskers in a classroom converted from staff quarters.  Down time was spent helping wherever possible on the farm.  Soon Robin was sent in to town to board at the St Patrick’s Convent in order to get a better education and the family followed moving into their Borilla Street home right next to the convent.  Robin then followed his brothers Neil, Paul and John to become a boarder at St Brendan’s, Yeppoon.

Robin’s education was cut short when his father bought the local sawmill and needed a manager.  Leslie asked Robin to come back to work at the sawmill, which he soon managed, and also to become the family book keeper at which he excelled.  From then until the day he died Robin practiced his book keeping daily in his beautiful handwriting – he always used a pen and paper and never felt the need to use a computer.  Robin then became more involved in the family business and in the late 1960’s development of Codenwarra started in earnest with the purchase of a couple of bulldozer’s.

Between John who dealt with cropping and stock management and Robin who oversaw land development, these two brothers developed one of the largest dryland farming enterprises in Central Queensland comprising Codenwarra, Lara and Wyuna.  Along with their father they transformed the business from predominantly sheep to mixed cropping with cattle, initially Hereford. Robin spent much of the 1970’s and 1980’s on a bulldozer pulling scrub and as a result had a bad back in later life.  Robin travelled round with his dozer, camping where he was working. The land he cleared enabled 12 local share farmers to get a start in farming.  For a time both John and Robin were based at the family home in Emerald, but eventually the brothers decided to build a home for themselves on Codenwarra and did this in style –

tourists would drive by to see the wonderful home they built

All the while Robin’s book keeping for the family business continued and increasingly he was called upon by just about every local organisation to act as Treasurer which he did with his usual diligence for enterprises including the Queensland Ambulance Transport Brigade, the Jockey Club, the St Vincent de Paul Society, the Rugby Club and the Football Club to name but a few.  In fact, some say the only Treasurer position he did not hold was the Federal one!  He kept this community service up throughout his life.

Not content with days bookended with book keeping and filled with bulldozing, Robin and John rivalled their father Leslie as entrepreneurs: they purchased, sometimes wholly and sometimes with a partner, the Emerald dry cleaners, Emerald Toyota, Longreach Toyota, their personal property Conaghan’s and a couple of other properties to help agist stock in times of drought.  They also turned their hand to fossicking for sapphires and were successful at this too – storing their finds in jam jars under the kitchen sink for a time!

Robin loved birds, animals and music.  Any break he could he would watch an animal program on TV and more recently he discovered the joys of Andre Rieu and was never happier than when sharing this with others.  Robin was never formally trained in music but taught himself to play the piano and more importantly the piano accordion which he would often be persuaded to play at parties and get togethers.  He loved the Irish ballads and his go to tune was ‘You are my Sunshine’.  In his younger days Robin loved to dance too.

Like his brother John, Robin never married – as his brother Neil notes, “He didn’t have time!”, but he would definitely have made a wonderful husband and father.  He was the favourite Uncle of so many nephews and nieces.

Generous to a fault in his working life, Robin was generous in private also.  No one in need was ever turned away.  Robin and John would find work for those down on their luck, provide homes and food when needed and extend help in whatever way they could to all.  There was no song and dance about this help, if a need arose they did what they could to help with no fuss.  As well as helping where he could locally, Robin sponsored destitute orphans in Zambia through Our Rainbow House and a couple sent messages of condolence noting how ‘Uncle Robin’ had transformed their lives and would not be forgotten, ‘Heaven has received an Angel’.

As Terry Ray said in his Eulogy, Robin was the epitome of ‘the quiet achiever’ and it is testament to the quality of the man he was that his funeral was attended by the young and the old, friends and family who in many cases travelled great distances to farewell a much loved brother, uncle, and friend and celebrate his life with joy.  His extraordinary legacy lives on through his wonderful example of how to live a life well which he gave to all and locally in Emerald the vast tracts of land he cleared and managed and left as excellent cropping land as well as the Codenwarra Wagyu herd which John and Robin began 25 years ago and is now held in high regard Australia wide though, at the time they began this enterprise, their stock agent told them ‘you’ve got rocks in your head!’  It is wonderful to look back and see what one man can achieve in a lifetime.

Terry Ray noted that ‘you choose heaven for the climate, hell for the company’ and he was sure Robin was in God’s good care and he will be deeply missed by family and friends for the 86 years of great memories, sincerity and generosity he embodied.  His brother Neil closed his Eulogy with the words:

‘God called you by your name so softly that only you could hear.

No one heard the footsteps of the Angel drawing near.

Softly from the shadows, there came a gentle call.

You closed your eyes and went to sleep and quietly left us all.’ 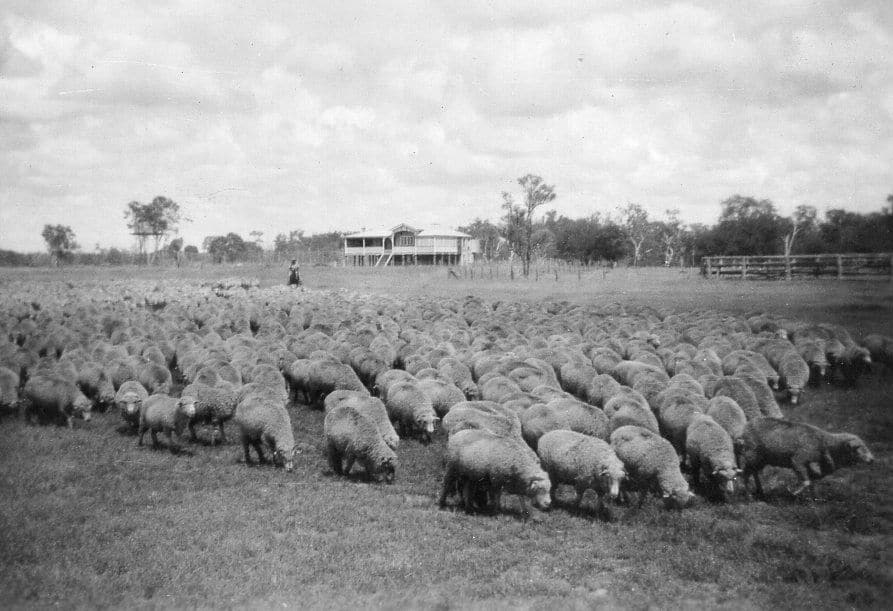 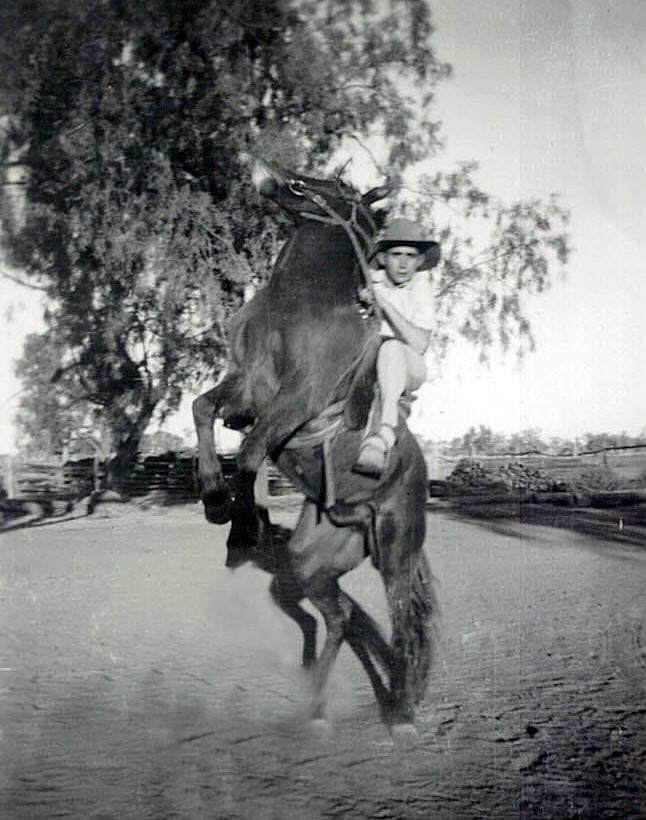 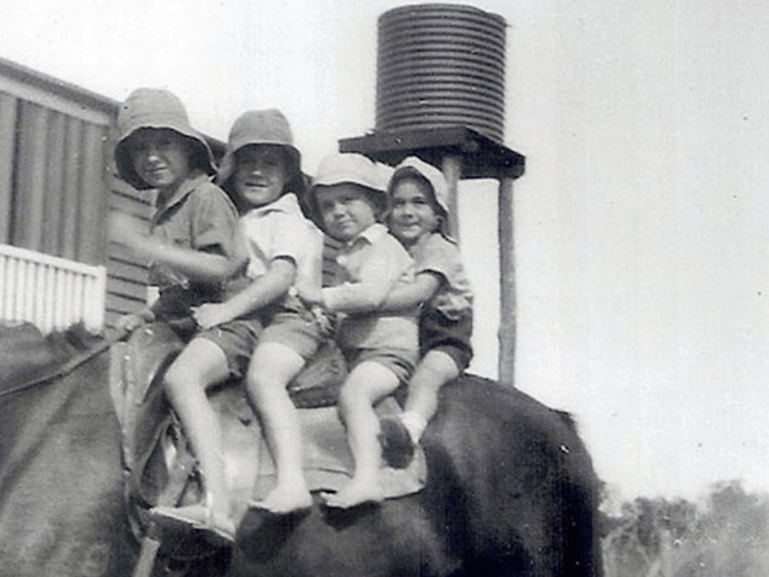