The World Meeting of Families is a global Catholic event that happens every 3 years at different locations around the world. This year, the 10th meeting was held in Rome, but Pope Francis also requested that all dioceses host a local celebration. Here in our Diocese of Rockhampton, 100 people gathered for a weekend retreat at Coolwaters Holiday Park in Yeppoon. The theme for the weekend was “Family Love: A Vocation and a Path to Holiness”.

Friday began with a chance to get to know each other with some icebreakers including attempting to silently line-up in order of age from youngest to oldest, which revealed that the group ranged from 10 weeks to 83 years old! The first session then began to unpack the theme for the weekend by talking about what vocation is, and how we are called to holiness through our particular state of life, followed by an opportunity for prayer and reflection. Bishop Michael had planned to be at the event but was unfortunately unable to make it. We were blessed, however, by the presence of Fr Noel Milner and Fr Ashwin Acharya who joined in with the group and offered the sacrament of reconciliation. We were also blessed by the presence of talented musicians who were able to lead us in songs of praise to God throughout the weekend.

Saturday started with some competitive team games, and then had a number of sessions where the group separated into streams for adults, high schoolers, and children, to further explore how they could live out their vocation at their particular stage of life. Input was provided in the form of pre-recorded videos of speakers from around Australia. There were also opportunities for reflections and meditation on the official artwork of the World Meeting of Families. Despite it being the middle of winter there was no shortage of children keen to make use of the pool and waterslides during the lunchbreak! On Saturday night some brave souls showcased their gifts in a wonderful talent show featuring songs, dances, a skit, and some keen joke-tellers. The evening finished off with an opportunity to bring all of the day’s activities to God in prayer with the Living Rosary and Benediction.

On Sunday morning we joined with the Capricorn Coast parish for Mass and then it was back to the campsite for our final session where everyone was invited to decide how they were going to commit to living out their vocation once they returned home.

Overall, the retreat was a wonderful experience of bringing together a variety of people from all over the diocese to share life and grow in faith. There was a recognition the value of gathering families like this more often, and a need to offer more support to families trying to raise their children in the faith. At the very end of the retreat, families were given a Book of Saints, to take home with them. I hope that these stories of faith, along with the experiences of the weekend would inspire our families to live out their own God-given vocation to holiness and in doing so be witnesses to the love of Jesus in the world around them. 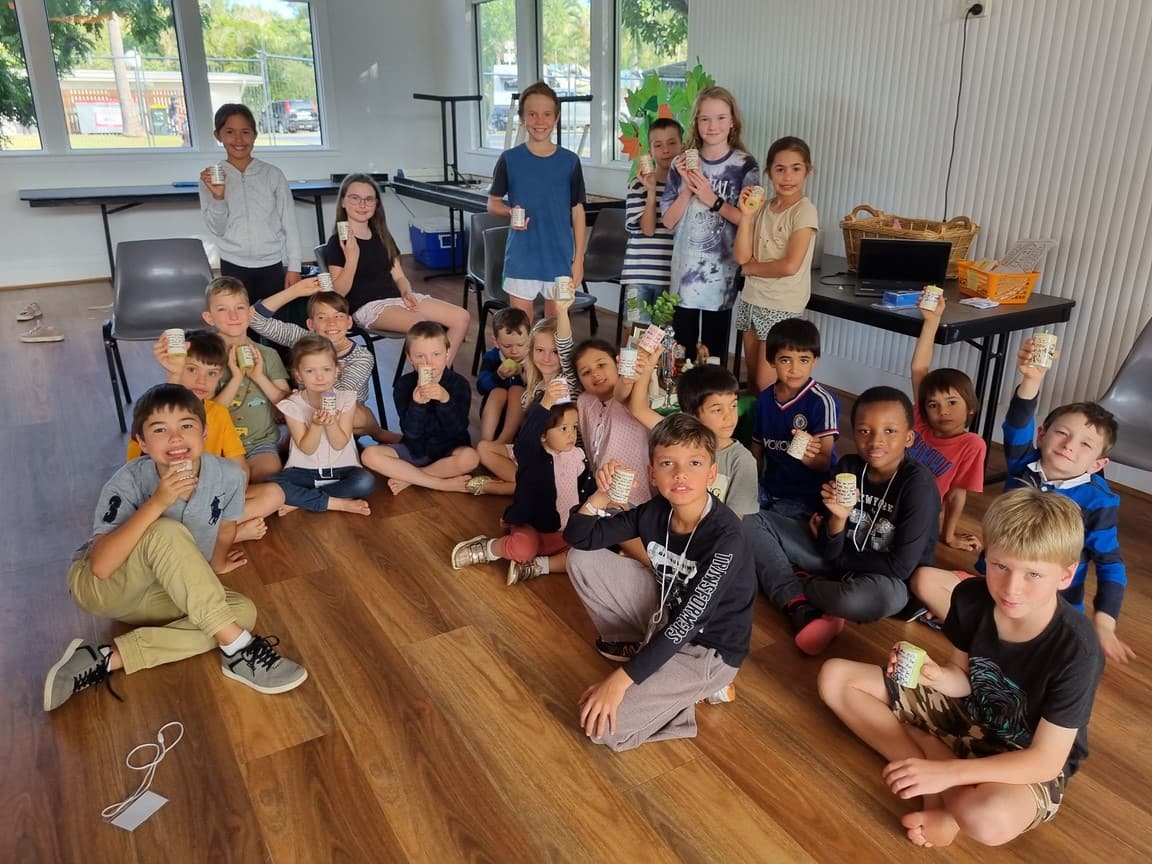 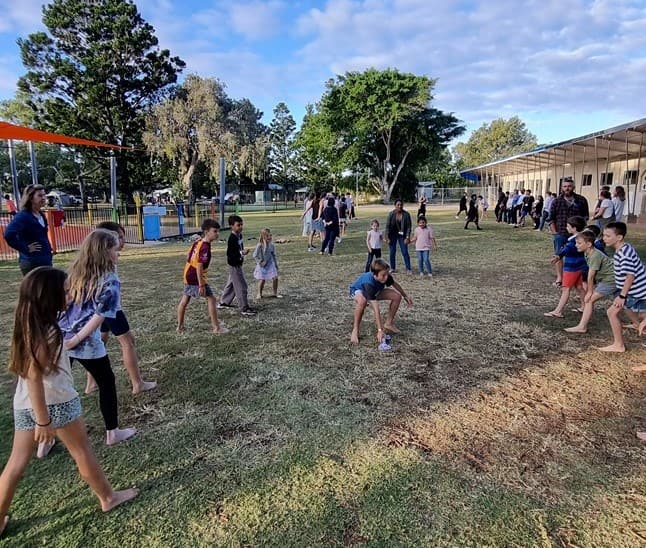 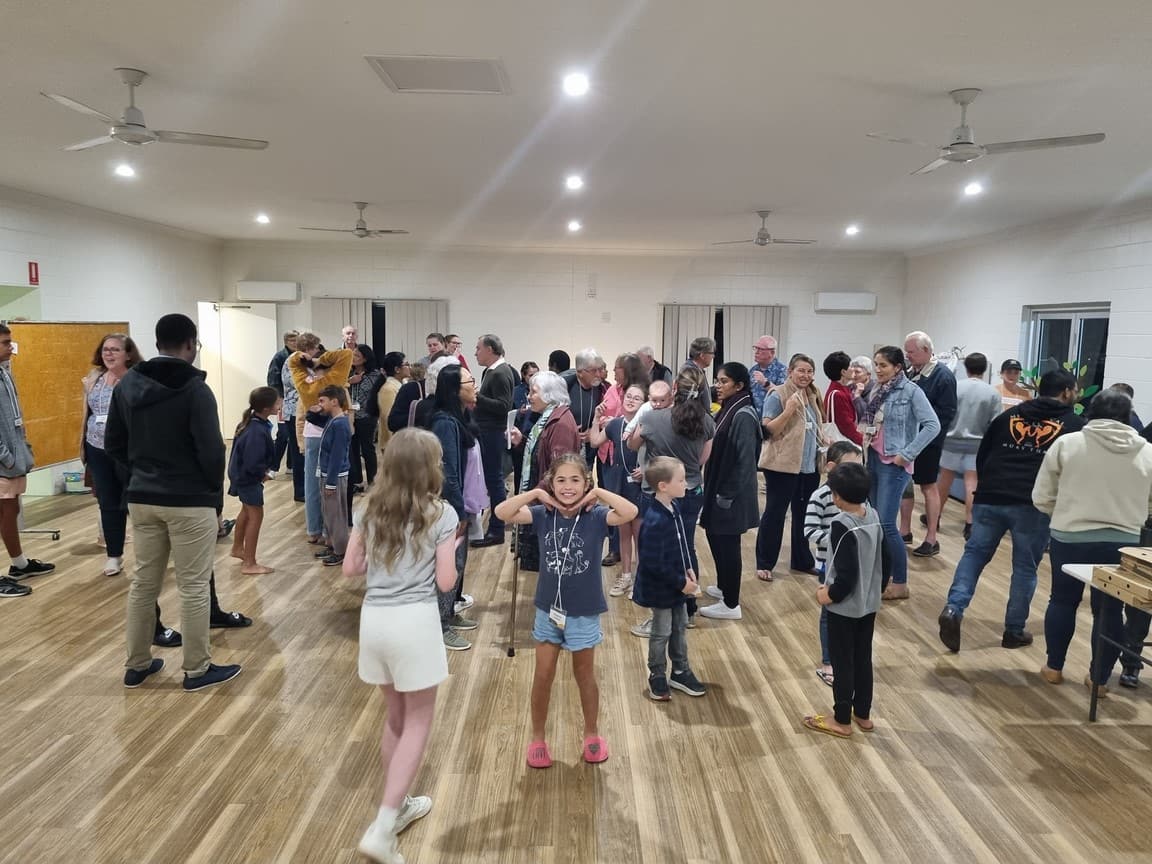 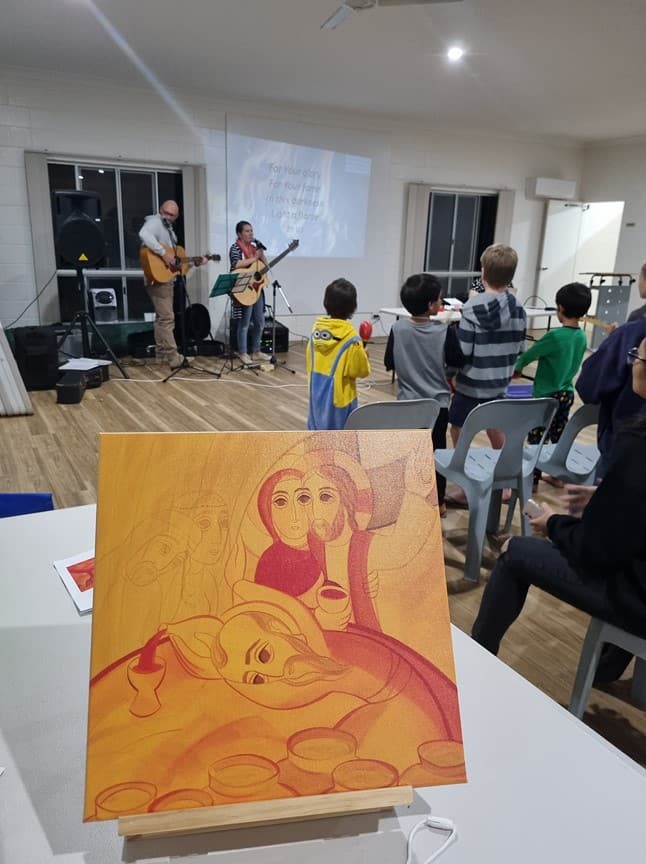 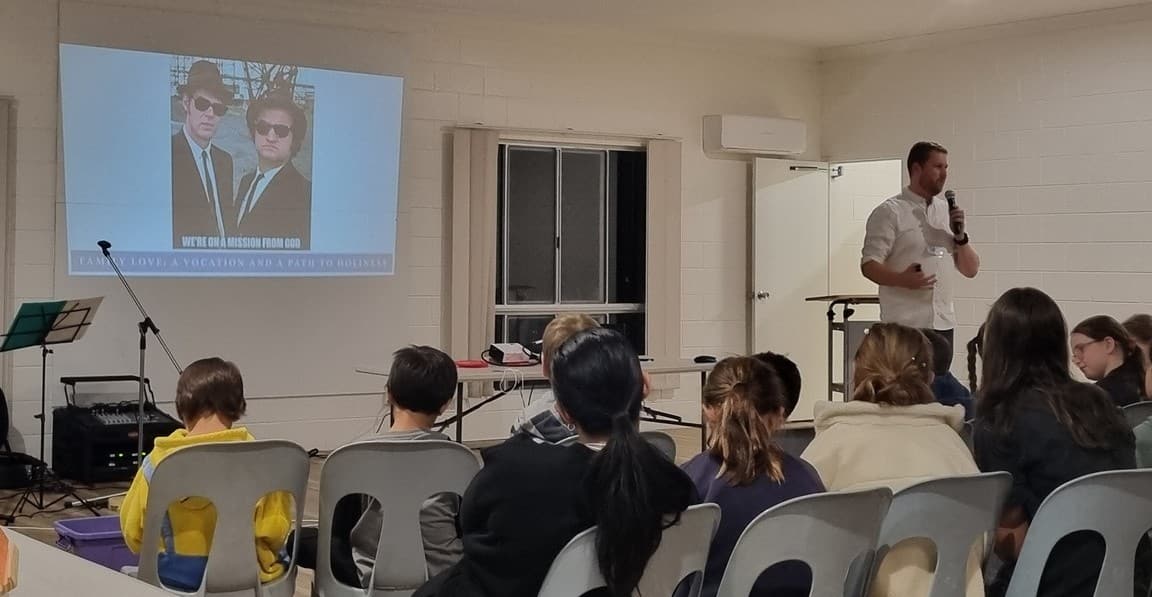