Welcoming everyone present to the Cathedral Bishop Michael said the Day of Pentecost was a fitting day for the churches of Rockhampton to gather in an ecumenical way as they mirrored the Church at its beginning when the disciples gathered in one accord in the upper room awaiting the Holy Spirit. 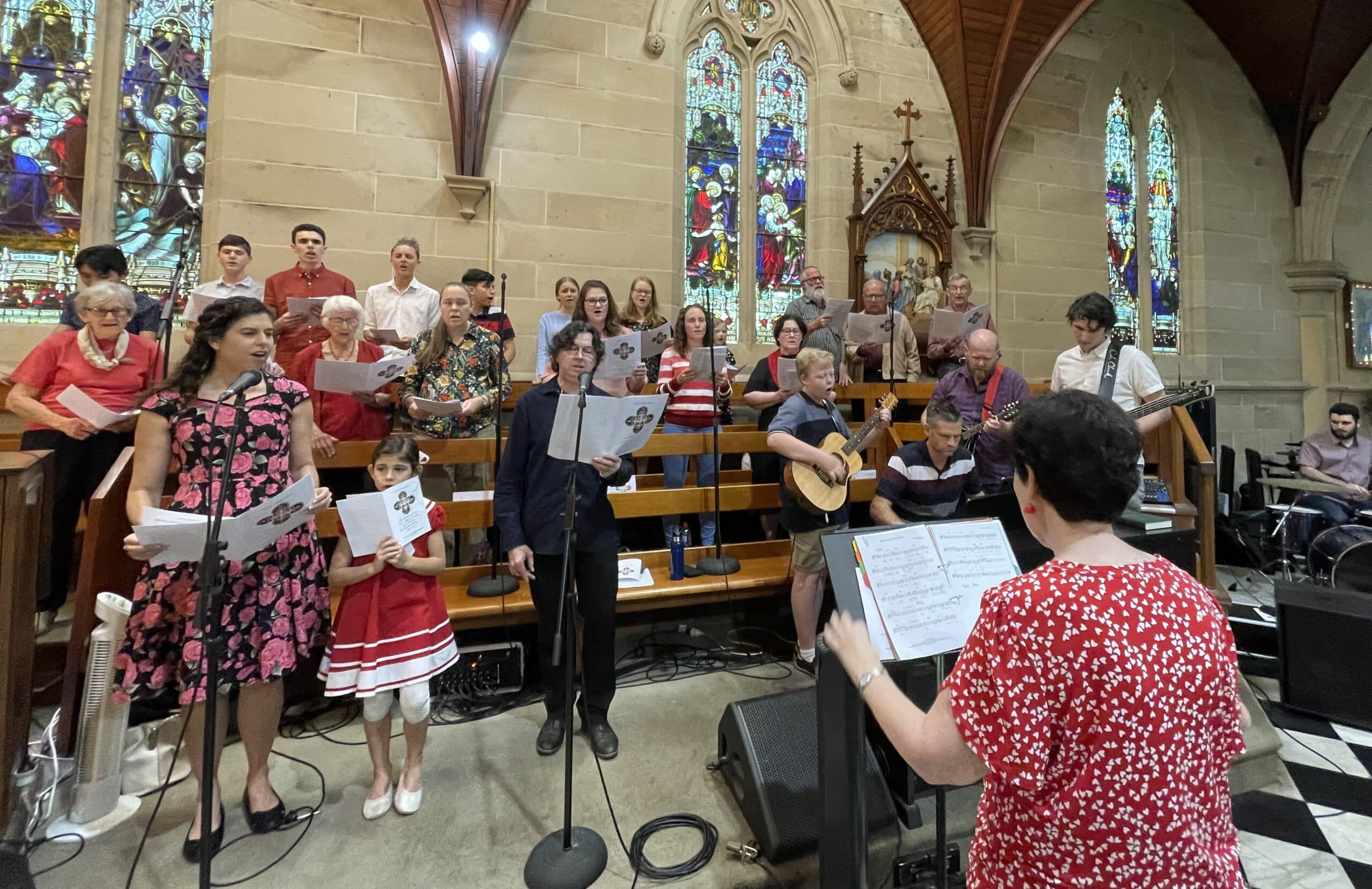 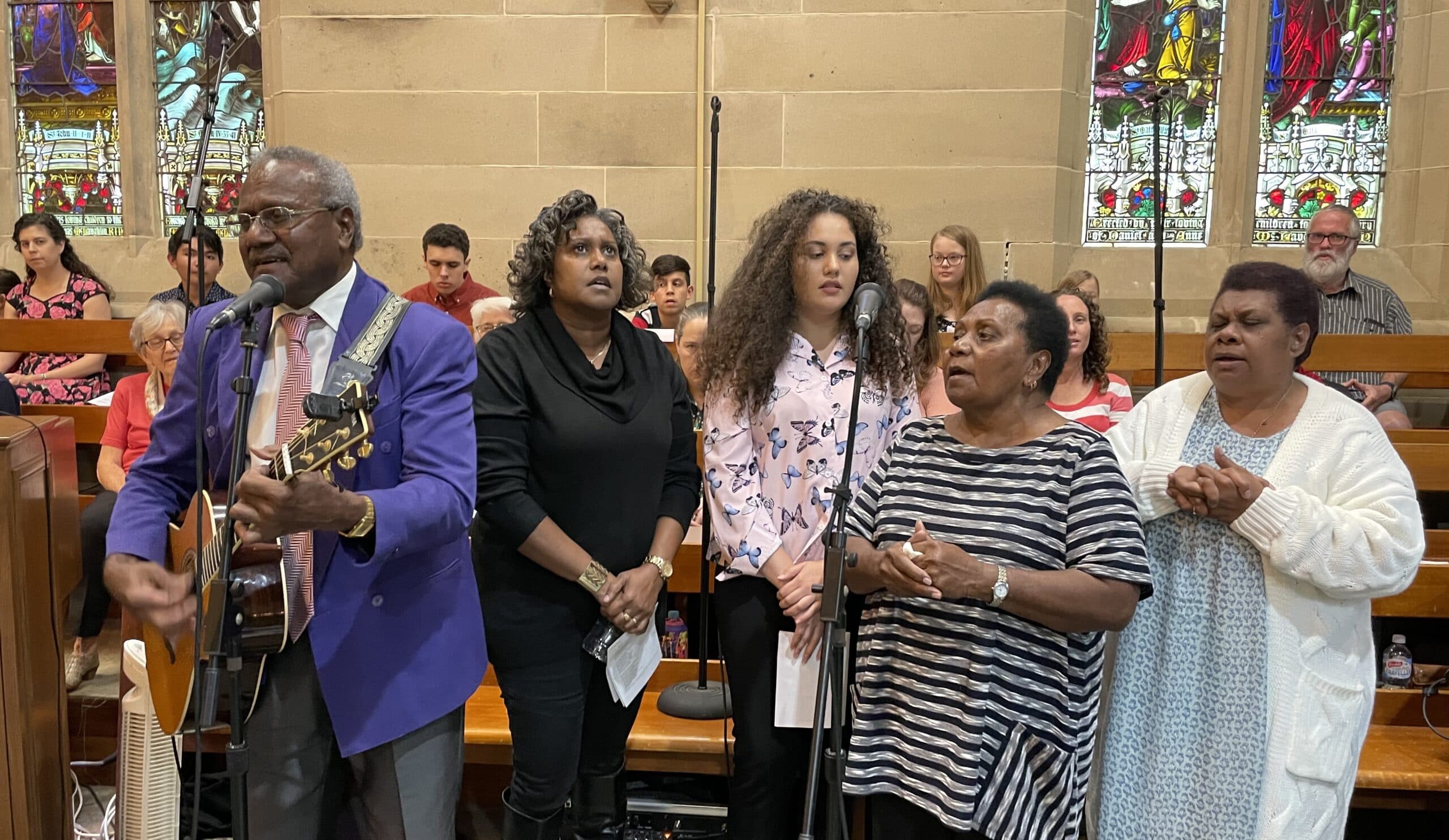 The gathering was complemented by an ensemble of thirty singers who were brought together by Di Rowan and Philip Alley to form a Churches of Rockhampton Choir. These sang several songs selected by the Ministers’ Fellowship and representing a range of styles from the various traditions present. Bishop Michael offered, with some humour and a dash of exhortation, that maybe this should be the beginning of further public performances from the ‘Combined Churches Choir’. A special musical item was presented by Rock Covenant Love Ministries, a local Rockhampton church.

Ps David Alley, Senior Pastor of Peace Community Church, was invited by Bishop Michael to give the homily and encouraged everyone about our union through Christ. There were significant differences between Jews and gentiles in the early church, but, in Jesus, we can grow to love one another, just as they did. Ps Alley went on to offer one tip to grow in love for one another: ‘we have to start praying for each other’.  He concluded, ‘So let us appreciate the fact that the Lord has a wonderful Church, and the second thing let us prayer for each other.  When we drive past each other’s churches let us pray for one another’.

Bishop exhorted everyone present that, ‘ecumenism happens in little ways and that what we are gathering around is our faith’. In conclusion, Bishop Michael prayed for the ministers present, that God’s blessing be upon them as they build up the Kingdom of God; and he commended all the people gathered to continue to prayer for each other. He then called on Ps David Alley to lead a benediction of the Lord’s Prayer.

After the event, Sr Beryl said that this was the largest gathering they have had yet, with just over 200 present. The feedback she has received has been glowing. One person told Sr Beryl that, ‘I’m really not ecumenical, but that was just wonderful.’  The Cathedral’s own Donna Mitchell remarked that at the first choir rehearsal she sat next to a lady from Peace Community Church who seemed faintly familiar; upon asking her name she realised this was the same young girl who went to school with her youngest daughter at St Ursula’s. 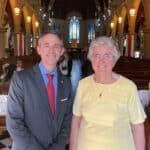 Bishop said that the event was a great credit to the efforts of Sr Beryl Amedee and Ps David Alley who have worked tirelessly in the endeavour of Ecumenism strengthening the relationships between Rockhampton’s church leaders. This service was a testament that their efforts are not only touching the lives of the cities’ ministers, but now the lives of the laity through such gatherings.