St Joseph’s School was well represented at the ANZAC Day celebrations even though it was a long weekend. The march commenced at the local Florist Shop and ended at the Memorial Walk beside Hood’s Lagoon.

In this beautiful environment the Service was held. As the wreaths were being laid, lorikeets let the people know that they were there with their chatter as they flew overhead and the geese honked as they swam by. It was a fitting place to remember those who died for their country and also to pray for peace in our world.

The week before Mother’s Day the office of St Joseph’s School was a hive of activity as children purchased presents for Mother’s Day, the money going to the Year 6 Brisbane Camp. During the Friday School Assembly the students from Prep led the school in a special prayer for Mother’s Day with each mother receiving a gift specially made by the Preps. Morning Tea was provided for Mothers at the conclusion of the Assembly. 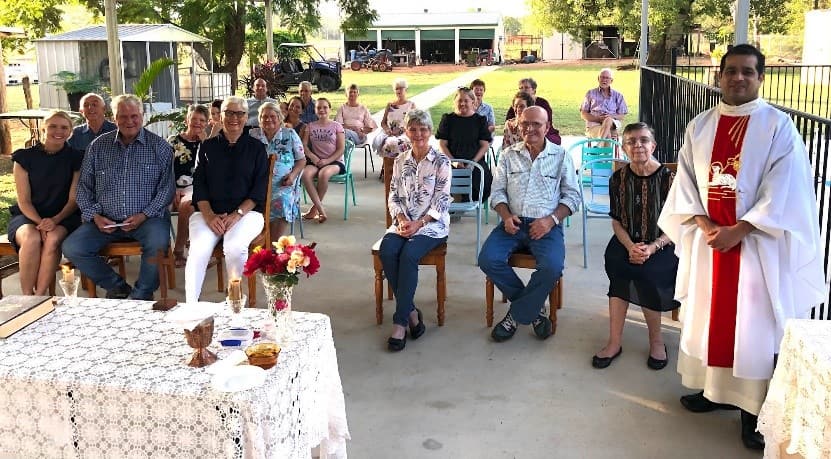 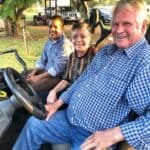 Mass at the Properties have commenced for 2021. The first Mass was celebrated at Marie and Bernard Cook’s place just outside Clermont on 12th May. Twenty people celebrated with Father Jomon in this beautiful setting. After Mass everyone shared in the hospitality of Marie and Bernard.  During the evening Bernard took Father Jomon and Sister Helen on a tour of the property. The next Mass is scheduled for 1st June at Steve and Kay Mifsud’s property.