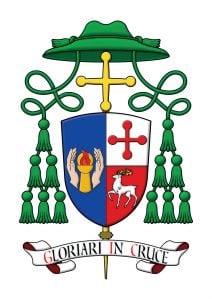 Dear Mr Morrison,
I write as the Catholic Bishop of Rockhampton on behalf of the Murugappan family who were living among the people of Biloela, a town in the Diocese of Rockhampton and were relocated to Christmas Island.

Recently, their daughter was evacuated from Christmas Island to a Perth Hospital for medical attention and her family to join her in convalescence. The Murugappan family came to Australia because we are a wonderful country and through the work of Australian Governments have made Australia, a great place to live and raise a family. This was the motivation of all our ancestors who came to this land, seeking a new way of life and most fulfilling as in the case of the Murugappan family, the UNHCR criteria.

As the Catholic Bishop of the Diocese of Rockhampton, I ask that the Australian Government reconsiders the application of the Murugappan Family and allow them to stay in Australia and return to their friends at Biloela who have supported them emotionally.

I also ask you to reconsider all our people who might be caught up in detention centres awaiting a chance for a new life. They like my ancestors wanted the best for their children. My many years of working with people who have come as refugees from Asia, Africa, Latin and Central America and Europe, bring an incredible richness and giftedness to our land and especially in the next generation. As a sixth-generation Australian, whose own ancestors left Ireland and England in 1839 and 1859, I ask that the policy be reviewed and that those languishing in detention centres be given hope and assurance that Australia is a welcoming country that values diversity and genuine compassion.

I look forward to hearing from you.

With prayers for you, as our Prime Minister,