St. Paul begins the discussion of marriage with the statement that “This mystery has many implications; but I am saying that it applies to Christ and the Church”. Paul’s comment was in the context of Jewish and Roman laws regarding marriage. The civil union which derives its force and strength from creation was the sacramental element for Christian marriage. The civil laws provided the human element for Christian marriage to be sacramental.

Christ has raised the conjugal contract to the dignity of a Sacrament so that it might signify more clearly and represent more easily the model of his own nuptial covenant with the Church. This vision of marriage was carried in the teaching of the early Church as Tertullian wrote: “They are two in one flesh; where there is one flesh, there is also one spirit”.

This practice continued while the civil law of Rome remained effective. There did not appear any special form for the celebration of marriage – the Roman practice focused upon the mutual consent. The only Christian change was to prohibit divorce which was permitted in Roman law. After the Peace of Constantine, there does emerge Christian practices linked with the civil practice – particularly the blessing of the couple and the presence of the Bishop while in the east the crowning of the couple emerges. Eventually the kingdom of Rome weakened and the law surrounding marriage became ineffective. It is in this context that the Church began to provide laws to protect the couple. By the Council of Trent the Church’s form of marriage became obligatory but it continued to acknowledge the legitimacy of local customs in its celebration.

The Vatican II reform of the ritual of Marriage is offered as a model for Bishops’ Conferences to develop particular rituals for their countries. In Australia, our Bishops have not taken this permission very far, preferring to remain with the outline provided by the Order of Marriage. However the Order does provide opportunities for local adaptations to be made for its celebration.

Marriage is already holy as a human reality because it plays a part in the plan of God the creator, who had made man and woman in his own image. The human action of consent given and received provides the sacramental element for the presence of Christ. By the Sacrament of Marriage Christian spouses signify and participate in the mystery of unity and fruitful love between Christ and the Church to help one another to become holy and have their place and particular gift among the holy People of God. 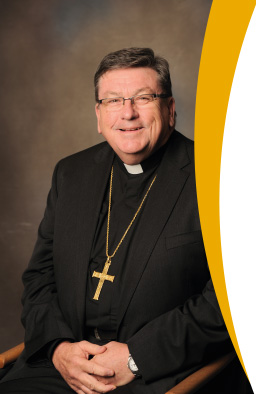